It looks like balloon races will become a thing of the past. In the 80’s you launched a product or raised money with balloons as a great visual spectacle.

But times are changing and companies and charities can’t be seen to create litter and put wildlife in danger.

The Marine Conservation Society (MCS) has launched their campaign ‘Don’t Let Go’. They remind us that when balloons are released they don’t just vanish,
“They float back down to earth where they are the same as any other litter. But balloons are particularly dangerous pieces of litter. They are mistaken for food by many species of wildlife, especially turtles.” 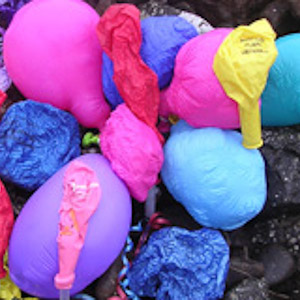 What can you do, especially if you are a PR company or event organiser?
The MCS are calling for all businesses and charities to sign their Marine Litter Petition this year. This asks government to take marine litter seriously and commit to working for clean seas and beaches. This campaign was born from concern about mass balloon releases during the millennium celebrations. This campaign is being updated due to the amount of litter still being found in the marine environment.

The professional trade association for the party and promotional balloon industry ‘NABAS The Balloon Association’ acknowledges their interest in safeguarding the environment. It publishes a ‘Guidelines and Code of Conduct for Balloon Releases’.  Members of the association must adhere to this code. It claims that latex balloons decompose at the same rate as an oak leaf (6 months). I don’t think of oak leaves as litter. Brightly coloured man made bits of balloon would be out of place in any ecosystem.

The MCS Annual Beachwatch Survey shows that there is more litter than ever before on our beaches. I am a PR person who is lucky enough to live on an island with beautiful beaches, set in the Irish Sea. My children love to surf and I am a very keen sea bather (I am showing my age now). MCS Beachwatch says, “In some parts of the ocean there are more plastic fragments in seawater than there are plankton.” Balloons are made of latex/natural rubber but they are still a form of litter that shouldn’t be found in or by the sea.

I attended a recent coastline clean up where rubbish was removed from the Menai Straits. Commit your company to sign the Marine Litter Petition and add a line to your environmental policy statement stating the balloon releases will not be held and ‘Don’t Let Go’. 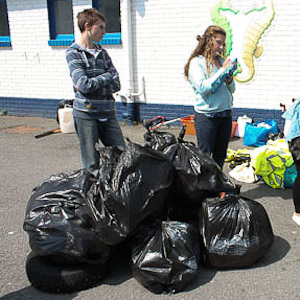 The NCS Beachwatch Big Weekend 2010 is held on the 18 and 19 September click here to see what is happening near you.