The Wonderful Woodlands of Menai Bridge

This week I have been writing the ‘History of the Woodlands of Menai Bridge’ for a leaflet on behalf of the Menai Bridge Town Council and the Isle of Anglesey County Council Coed Cymru Officer. I carried out some research from published articles, on-line and from a great file held by Menai Bridge library. The help of Anne Benwell, historian, has been invaluable in getting the story right. The pressure is on as I understand published historical facts become just that FACT. 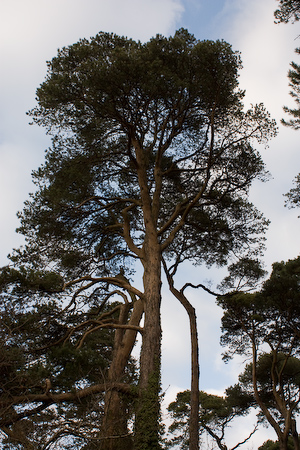 Coed Cyrnol
The area we now know as Menai Bridge was once a bare, rocky, undulating common. The parishioners of St Tysilio’s grazed their animals on the 112 acres and the ferrymen landed their boats. The large common was known as ‘Cerrig y Borth’ or ‘The Rocks of the Ferry’.
In 1814 following the ‘Inclosure (Enclosures) Acts’ the Earl of Uxbridge, who became the first Marquess of Anglesey in 1815, claimed 41 acres of the land near the Straits and planted trees.
By 1822, there is a ‘Keeper of Cerrig y Borth Plantations’ in the parish register.
The wood became known as Colonel’s Wood / Coed Cyrnol after a Lieutenant-Colonel Henry Capel Sandys formerly of the Native Bengal Infantry (pronounced Sands). The census shows Colonel Sandys living in ‘Craig-yr-halen’ in 1861 and 1871. A pathway lead from the woodland, across ‘Craig-yr-halen’s’ kitchen garden and out onto the drive; perhaps the villagers regularly walking through the Colonel’s garden made him such an influence.
The curving promenade was built in 1914-16 to provide paid work for Flemish/Belgian refugees who had fled the Great War and found a home in Menai Bridge.
George Charles Henry Victor Paget (born 1922), the seventh Marquess of Anglesey, recognised the woodland was an ‘asset to Menai Bridge’, so he sold the woodland to the Council in 1949 for £300.
A hoard of Roman coins was discovered here in 1978. Coed Cyrnol is 4.5 hectares / 11 acres.

Marquis Woods
The Coed Marquis Woods are named after the first Marquess of Anglesey, Field Marshal Henry William Paget (1768-1854). He is renowned for being Wellington’s cavalry commander at Waterloo 18 June 1815.
The building ‘Marquis House’, at the corner of the woodland, used to be a tavern.
Charles Henry Alexander Paget, the sixth Marquess of Anglesey (1885 – 1947) gifted the woods with The King George V playing fields to the Council in 1926, ‘in perpetuity as a recreational ground’. Coed Marquis is 0.8 hectare / 2 acres 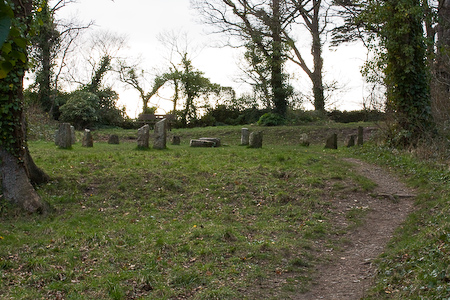 The Gorsedd Stones Wood
On this flat, levelled ground Thomas Telford’s workshops and offices stood during the building of the Menai Suspension Bridge, 1819 to 1826.
At the end of the 19th century, it was developed as a ‘Pleasure Ground’ with tennis courts and an outdoor game area to provide facilities for tourists.
In this smaller woodland 0.2 ha or 0.7 acres is placed a modern stone circle. These stones commemorate the Anglesey Eisteddfod of 1965, held at Ysgol David Hughes.

The woodlands were formally opened for access to the public in 1951, Festival of Britain Year, by Lady Megan Lloyd George, daughter of David Lloyd George and the first female MP of a Welsh constituency, Anglesey.
The Menai Bridge Town Council has the responsibility of looking after the wonderful woodlands of Menai Bridge.

The leaflet the ‘Wonderful Woodlands of Menai Bridge’ is going to print, PDF coming soon…

This entry was posted in Local Anglesey, Marketing, Photography and tagged Menai Bridge, postaweek2011, Your story. Bookmark the permalink.

One Response to The Wonderful Woodlands of Menai Bridge